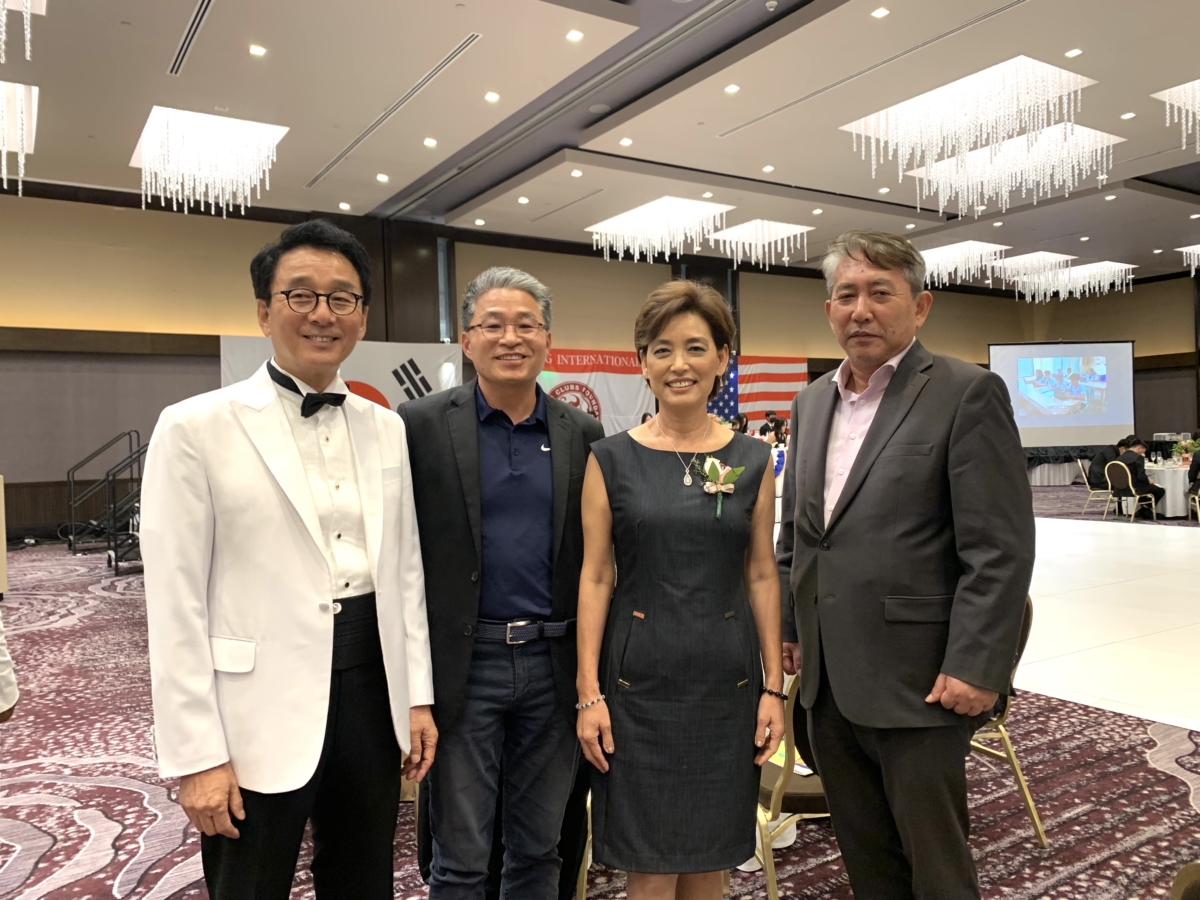 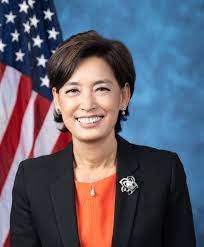 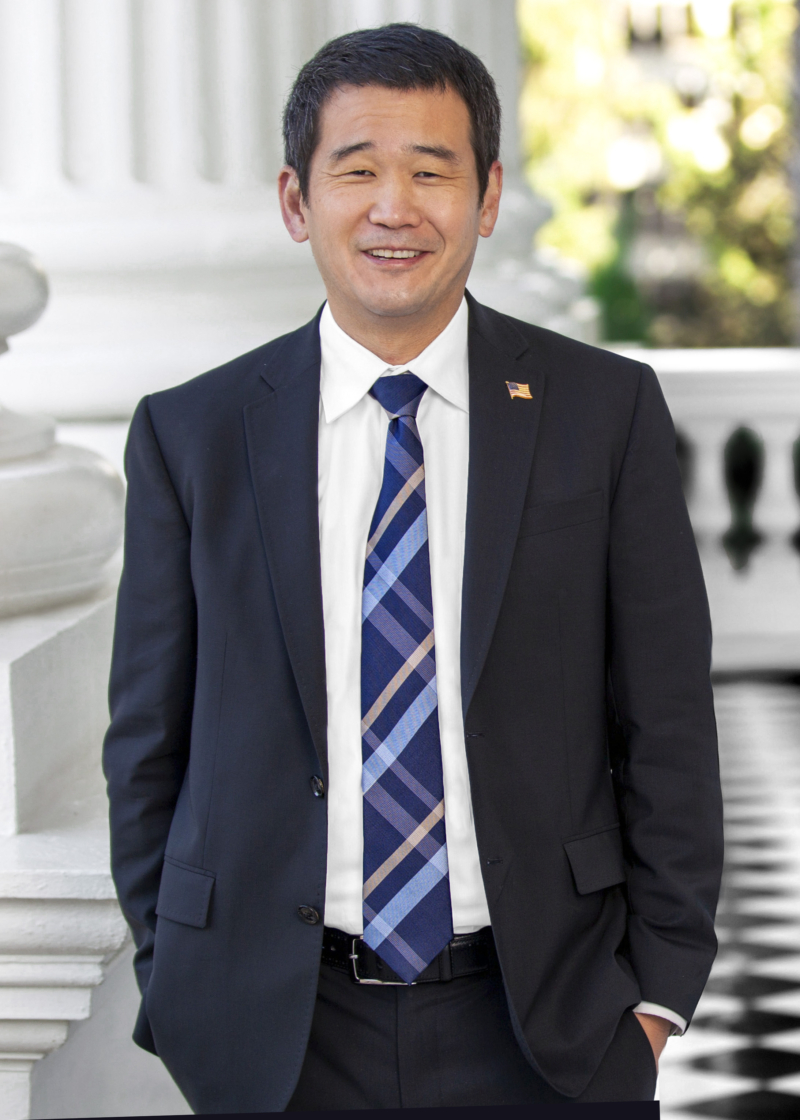 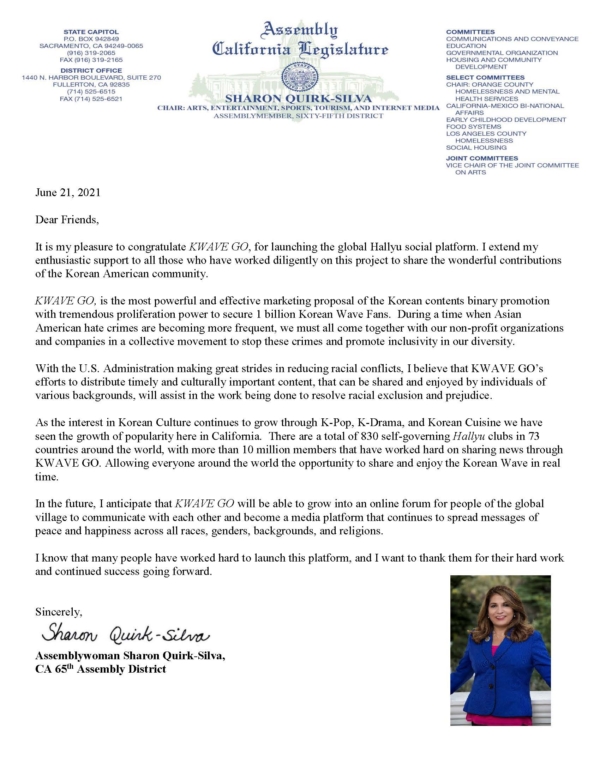 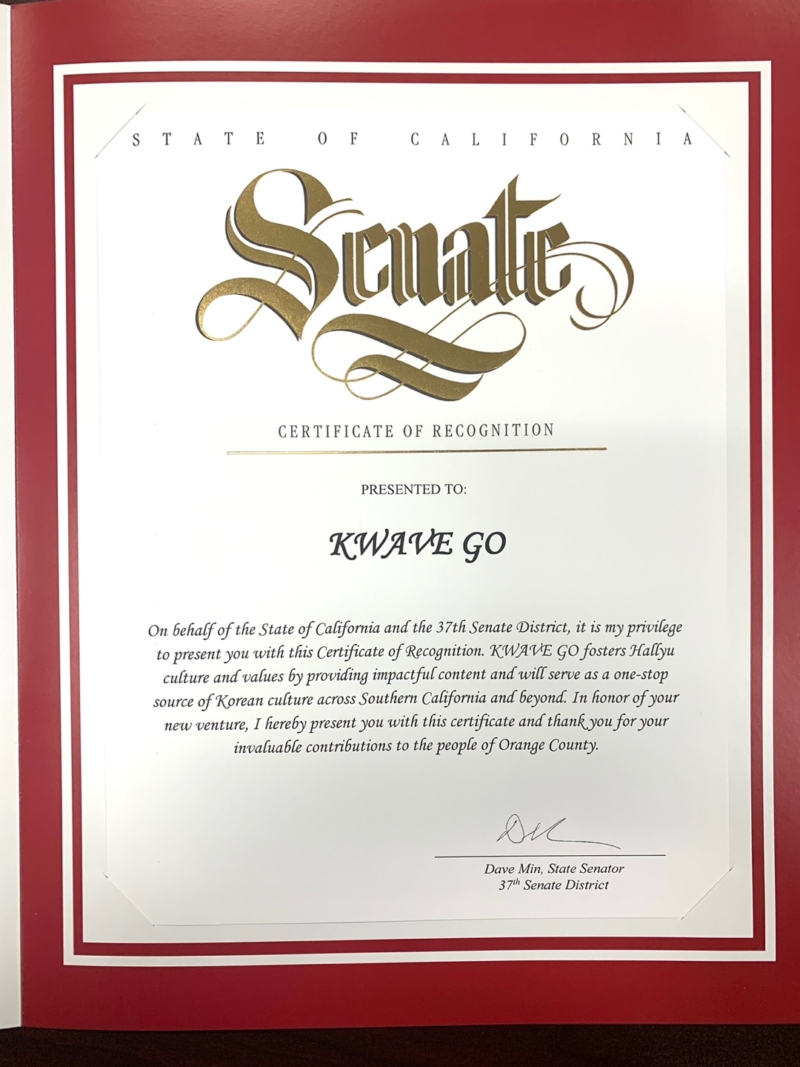 The support of influential politicians from the federal, state, and city council, who acknowledges the recently established global Hallyu platform KWAVE GO, is following.

Steven Choi, Senior Vice President of KWAVE GO, had a meeting with Congresswoman Young Kim, who attended the Hwarang Youth Foundation Annual Charity Gala as a guest speaker on July 31, and discussed ways to cooperate to spread the Korean Wave.

In a meeting, Congresswoman Kim said, “The Korean Wave is now on the way to globalization, including United States,from the periphery culture centered on Asia.”

She also promised that she would support the efforts of KWAVE GO, which is taking the lead in spreading the Korean Wave boom in the United States.

Yong Kim is a Korean-born American politician serving as the US Representative for California’s 39th congressional district.

She is one of the first three Korean-American women ever elected to the US Congress.

State Senator Dave Min, said in the certificate of recognition “KWAVE GO fosters hallyu culture and value by providing impactful content and will serve as a one-stop source for Korean culture across Southern California and beyond.”

Dave Min is an attorney, and was an assistant law professor at the UC Irvine before he became a senator, California’s 37th Senate District.

Also State Assemblywoman Sharon Quirk-Silva, said in a letter of support “Now the United States has established itself as the largest Hallyu powerhouse in North America. I would spare no effort to support it in Southern California, which has the largest number of Hallyu fans.”

She is an American politician and educator serving as a member of the California State Assembly, representing the 65th assembly district.

Sunny Young Sun Park, a member of the Buena Park City Council and Mayor Pro Tem, is one of the strong supporters enough to claim to be KWAVE GO’s PR ambassador. She is a principal partner for a law firm which specializes premier tax and wealth planning.